Every holiday season, the U.S. Marine Corps Reserves Toys for Tots Program delivers toys to less fortunate children across the country, unites communities and provides hope to the children they serve.

Every year as we get closer to the holidays, the Marine Toys for Tots Foundation (MTFTF) increasingly relies on successful seasonal premium appeals. Inevitably package fatigue hits every few years and it’s necessary to test and establish a new donor seasonal mailing.

Christmas stockings and Toys for Tots go together like milk and cookies. With that thought, we tested a new seasonal donor package that included a front-end premium of a stocking hoping to establish a new control for MTFTF. Testing of a Christmas stocking premium appeal in the past had shown impressive results. The thickness of the stocking within its 6x9 carrier, just within USPS flats limits, provided a higher open rate. However, it fell short of beating the control. Changing very little of the format and creative, more emphasis was placed on finding the right story to clinch the deal and get a generous donation in the mail. Fortunately, we were able to tell the story of a Marine who, in his first year as a Toys for Tots coordinator, used his own money to buy toys for a needy family. The children were so grateful; they had a homemade ornament ready for him when he came to the door. The implication being that something as simple as a homemade ornament or Christmas stocking can represent what is special at Christmas — making a difference through kindness. In comparing the mailing to the control, the test increased net revenue by 119%, despite costing $0.15 more per piece. Donor response was 116% higher and the average gift increased by $1.88 compared to the control. The response across all segments was 108% to 120% higher than the control segments. Additionally, MTFTF received numerous calls requesting extra stockings, subsequently the campaign won a Silver DMAW Maxi Award in 2013. 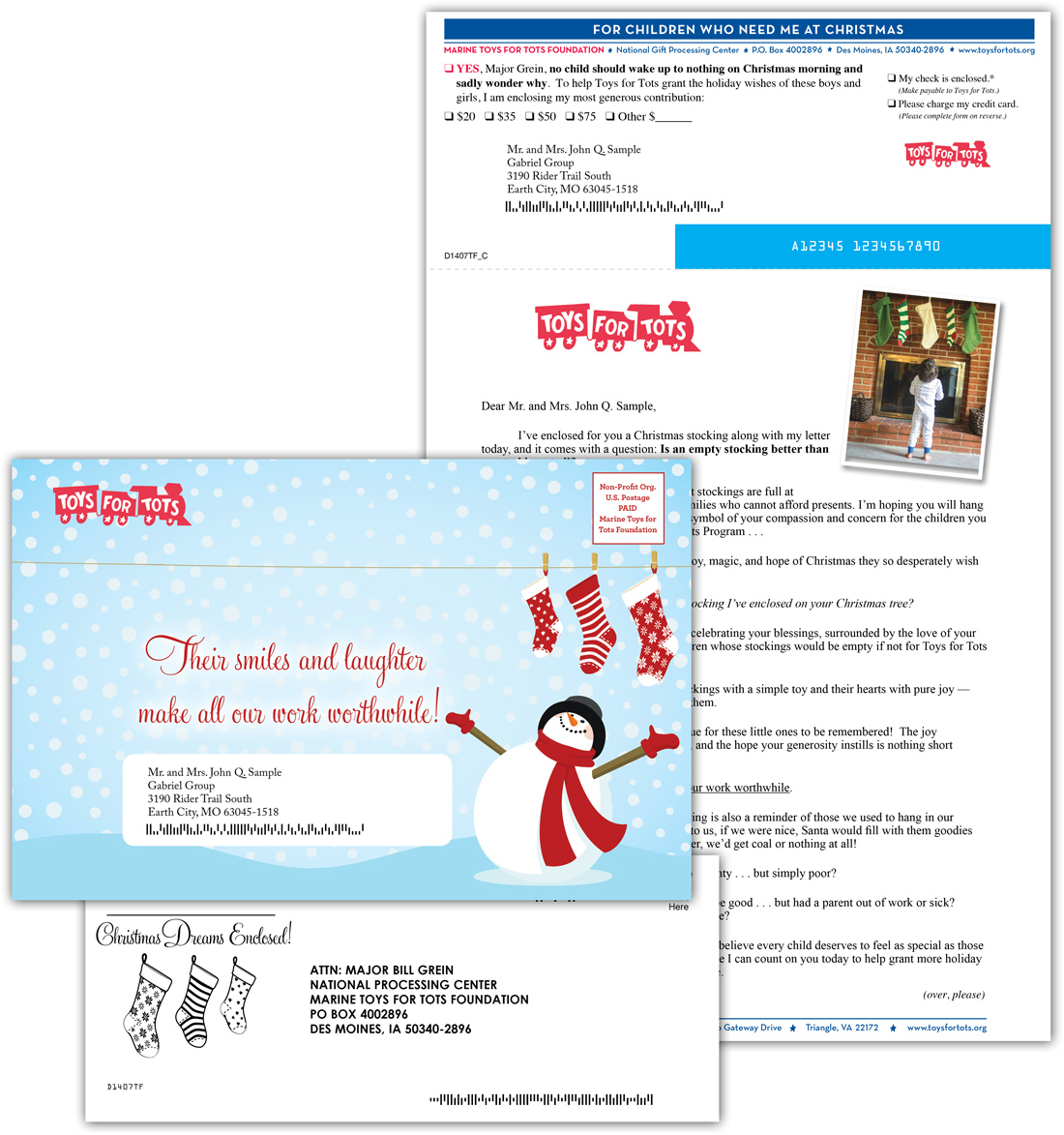