Bonsai is a Japanese art form that challenges even the most ardent gardeners. Cultivating a bonsai tree will put to test one’s patience and attention to detail―but the end result is well worth the time and effort. In donor acquisition, like in bonsai, it’s all about a careful, nurturing beginning. The way a new crop of bonsai is cared for will set the tone for its future success (or failure). Likewise, the first steps you take to care for your new “crop” of donors will mean the difference between recruiting a force of enthusiastic supporters or wasting funds on would-be supporters who fail to connect to your mission and end up costing you more money than if they never gave that first gift at all.

But just what questions do you need to ask to identify who to cultivate within your newest wave of first-time donors? How can you “condition” your new donors to happily give their second gift sooner rather than later?

We believe that if you let your data do the talking, you will avoid wasting your new donor investment. Below are just some of the fundamental questions we cover in our Second Gift Conversion Analysis before making recommendations on how to optimize your cultivation strategy.

1. What can you learn from the behavior of each crop of new donors?

First things first. Just as the first step in cultivating a bonsai is to get to know the tree, the first course of action after bringing on a new crop of donors is to study their behavior. That is the only way to know how to properly engage them moving forward.

How much, as well as how soon, your new donors give their second gifts within their first year indicates your cultivation success and their giving potential to your organization in the future. We also recommend taking it a step further and comparing this year’s crop to those of previous years. We then evaluate the impact from same-year subsequent giving for each year.

2. Which communication mix and channel brought on your most valuable new donors?

A skilled practitioner of the art of bonsai is always keeping an eye on which regions and nurseries tend to produce the best bonsai trees in time. Why shouldn’t we? Your donor source can be a strong predictor of how your donors will behave in the future and what will help them flourish. We know the importance and value of new donors who give second gifts within their first year. That’s exactly why we want to bring on more of these types of donors in the future.

It is critical to trace back to the origins of the past groups of new donors who gave the second gifts. This will reveal which channels, lists and acquisition appeals effectively resulted in higher same-year, second gift conversion rates. From here, we should be able to apply what we learn to our future acquisition efforts.

3. What impact do inception channels and inception giving cohorts have on future retention?

Once a bonsai practitioner has an idea what caliber of trees tend to originate from which sources, they can then tailor their initial cultivation of the tree to play to its projected strengths and quickly counteract any potential ailments. We can take a similar approach in new donor cultivation.

New donors who were brought on from direct mail versus online might behave differently in their subsequent year giving and retention. In addition, each crop of new donors might vary in their performance from year to year. It’s important to identify an overarching pattern that determines which inception channel resulted in higher subsequent year retention rates. This will help fine-tune the allocation of your acquisition investment. It is also interesting to learn how well your new donors who give single gifts in their first year are retained compared to those who give more than one gift.

Building a strong house file pipeline requires finding a sweet spot that consists of the right channel, the right time and the right ask in bringing on the new crop of donors. The only way to know the right communication mix is to investigate which inception giving cohorts result in higher subsequent year retention, especially for those valuable multi-gift, first-year donors.

4. What worked and didn’t work for securing a second gift within the first 12 months?

Motivating your new donors to give a second gift is the first step toward breaking even on your investment. Each donor responds differently to each mode of communication. It is vital in your cultivation efforts to evaluate what channel of communication, packages or messages most often inspires your new donors to give a second gift within their first year on file. Which of these methods have been most successful over the past few years? Answering these questions will help you replicate past success and weed out any ineffectiveness.

Fun fact: In Japan, pursuing a career in bonsai can take as long as pursuing a medical degree here the U.S.―a rigorous five-year apprenticeship! The value of what the bonsai master will eventually produce drives years of investment and dedication.

We believe each year of newly acquired donors is worth investing that same degree of study and dedication. As valuable as a bonsai tree may be, it pales in comparison to the value of what an average nonprofit can reap over the years from the generous support of just one year’s group of newly acquired (and properly cultivated) donors. At CDR, we believe that our Second Gift Conversion Analysis will equip our clients to craft a cultivation strategy worthy of the most decorated bonsai master. 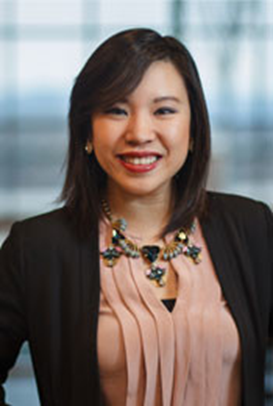